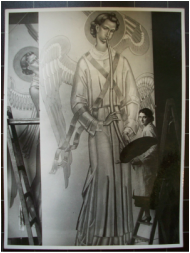 Moira Forsyth painting a section of the 'Christ in Glory' mural
While Gordon Forsyth was designing stained glass windows for St. Joseph's, his daughter Moira was starting to produce artwork for the church. According to letters between Moira and Fr Browne, her involvement in the church spanned the late 1920s until Fr Browne's death in the 1950s.

The letters also reveal the closeness of Gordon Forsyth to St. Joseph's and the gratitude and esteem in which he was held by Fr Browne.

The huge ceiling painting 'Christ in Glory' was produced by Moira Forsyth in panels in her London studio, circa 1935-37. The many letters between Burslem and London discussed the ceiling painting in the greatest of detail. 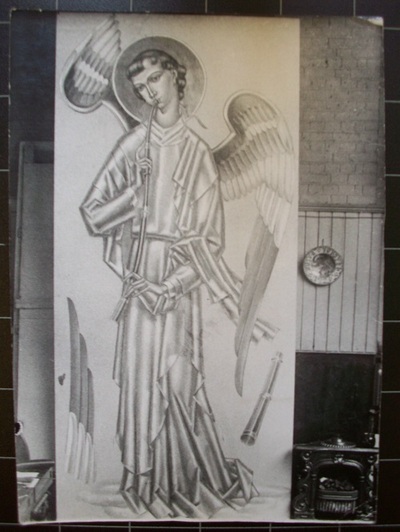 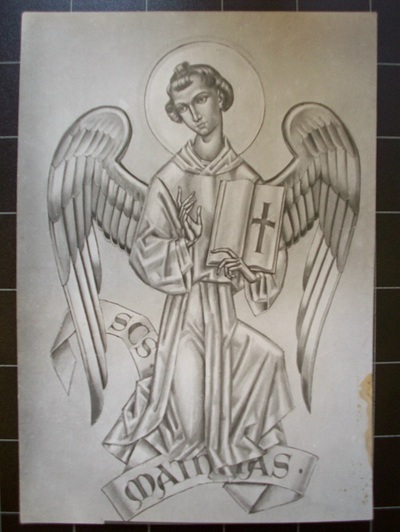 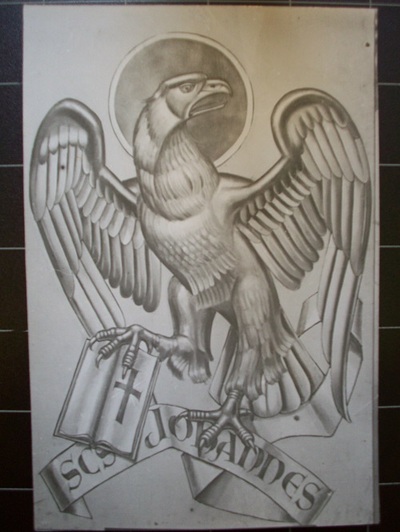 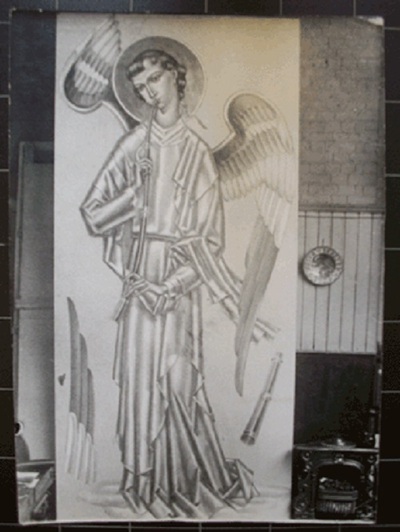