The Spiritan life is a call by the Father and “set apart” (Acts 13:2) to follow Jesus and to announce the Good News of the Kingdom.
They respond to this call in a religious missionary institute, the Congregation of the Holy Spirit, under the protection of the Immaculate Heart of Mary.
They draw inspirations from the charisms of their Founders: Claude Poullart des Places and Francis Libermann.
At the core of the Spiritan vocation is the “apostolic life”, the life of love and of holiness lived by Jesus Christ in order to save and sanctify people. To live this apostolic life in Christ’s footsteps, our consecration includes three essential dimensions:
​History 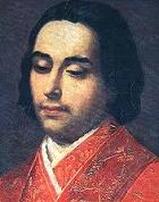 Claude Poullart des Places founded the Congregation of the Holy Spirit, in Paris, in 1703. Born in 1679 to a noble family from Rennes in Northwest France, Claude de Places gave up a potential career as a lawyer and, with a profound concern for the poor, he decided to become a priest.
While studying for the priesthood he opened a hostel for poor seminarians, who with him dedicated themselves to the Holy Spirit on Pentecost Sunday 1703.
They bonded themselves as an ‘association of friends’ with a ‘one heart and soul’ (Cor Unum et Anima Una) solidarity, and pledged to be a special breed of ‘tomorrow’s labourers’ ready to take on any work, however unrewarding, for which the Church was having difficulties in finding ministers. They were proud to call themselves ‘Spiritans’.
Two years after his ordination Claude died of pleurisy at the age of 30 in 1709. But the foundation flourished for more than a century until the impact of the French Revolution began to stifle it.
Francis Mary Paul Libermann would later rejuvenate the struggling Congregation of the Holy Ghost when he was elected its superior general in 1848.
Francis Libermann was born in 1802, the son of a Jewish rabbi in Alsace. He converted to Catholicism after a long period of agnosticism and went on to study for the priesthood.
He suffered from epilepsy, a medical condition that for long hindered his progress to the priesthood. He did not give up. He had the dream of establishing a society for the care and education of freed slaves.

The first Spiritan to step foot in England was Fr. Jacques Bertout, from France. A refugee from the persecution of the Church during the French Revolution, he arrived on 19th September, 1792 and immediately began missionary work here until he was able to return to France in 1802.
The permanent establishment of the Congregation in England was in 1904 in the Diocese of Clifton when a large property called Prior Park was rented.

In 1907, Castlehead in North Lancashire was bought as a Junior Seminary and remained as such until 1978 when it was closed due to decline in vocations.
Fr. John Rimmer, from Widnes, was the first British Spiritan. He joined the Congregation in France in 1894 and was appointed Superior at Castlehead, and gradually under his leadership, the school flourished and vocations boomed.
In 1939, the Spiritans bought the Upton Hall in Nottinghamshire to be our Senior Seminary, but it was requisitioned at once by the government during the 2nd World War. It was returned to us in 1945 and for many years served as our House of Philosophy and Theology.
On ordination, most of our priests were posted to missions in Sierra Leone, Nigeria and East Africa. Later, as vocations declined, the seminary was sold and our students joined the Missionary Institute in London. 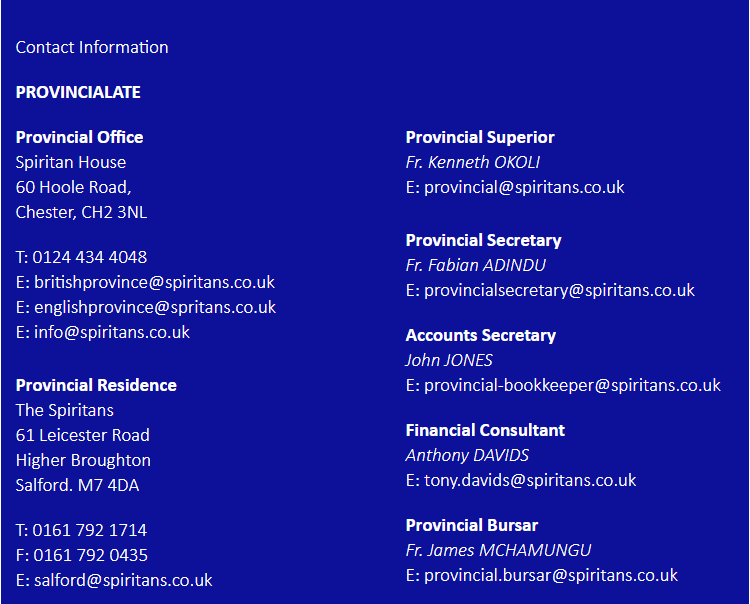 All information from and for further information please visit     https://spiritans.co.uk/